Origins and development of a settlement at the site of modern-day Cacak can be traced back through the intensity of habitation dating back to prehistory, when first settlements with traces of material culture were established. Based on discovered archaeological sites and cultural-historical findings, the area is considered to have been populated in continuity since around 5,000 BC until the present. 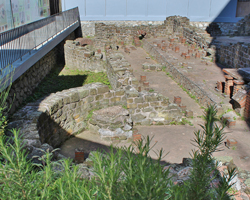 During the Roman prevalence in this part of Serbia, the area of the modern-day city was the site of a major settlement, which is also evident from the Roman bath uncovered in the city centre. 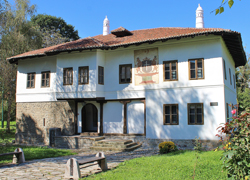 During the period of the Serbian medieval state, the settlement is mentioned as Gradac, in the Studenica Typikon, written at the start of XIII century, between 1207 and 1215. Gradac was the seat of master Stracimir, Stefan Nemanja’s brother, who is also considered as the founder of the city. The oldest written mention of the name of Cacak comes from a court document kept in the archive of Dubrovnik, dating back to 1408. The new phase of development of the city of Cacak begins in the period following 1815, when the city becomes the centre of the Cacak district.

The second half of XIX century would see an even more rapid development of the city, in a period marked by the construction of a number of residential, business and administrative buildings. According to the 2011 census, the total population of the city area was 115,337, 73,331 of whom lived in the city itself. Cacak today is the economic, educational, cultural and tourist centre of the Moravički district. 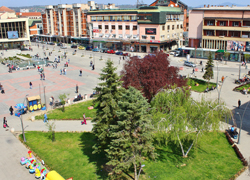