Slatinska banja is located at the foot of the Jelica mountain, on the right bank of the Zapadna Morava river. It lies at a distance of 17 km from Cacak. The spa river Daćinac flows through the settlement, including the thermal zone with the springs of thermal mineral water with the healing effect. The Slatinska banja spa lies at an altitude of 275 m. 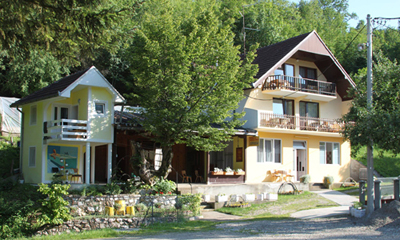 The waters of the Slatinska banja spa belong to the category of cold sulphuric waters, characterised by slightly alkaline and salty components. The elements included in its composition are potassium, lithium, rubidium, strontium, caesium, barium and phosphorus. This is only the informative analysis, since the complete one can be performed on a larger quantity of water (3-5 l) in order to fully categorise it as a sulphuric healing water. However, the chemical analyses of the Slatinska banja water point to the fact that it contains larger quantities of sulphur-hydrogen than other spa waters in Serbia. 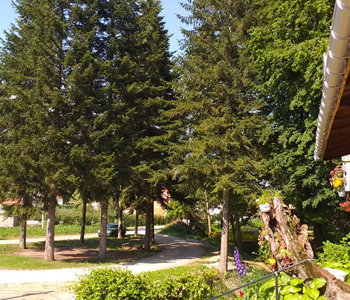 The temperature of the mineral water of the Slatinska banja spa is 16.8°C. The spa is recommended primarily for treatment of skin diseases and rheumatism, with additionally heated water in the baths.

In the vicinity of Slatinska banja is a protected cultural site of Seoski čardak, with rare old oak trees.