EXCURSIONS – PLACES OF INTEREST IN CACAK AND THE SURROUNDING AREA

Čačak is a city on the banks of the Zapadna Morava, located in the tourist region of West Serbia. It is characterised by preserved architecture and rich cultural and historic heritage (The National Museum, the "Nadežda Petrović" Art Gallery, the archaeological site of the Roman Bath, the Church of Ascension of Christ dating back to XI century, the popular outing site and memorial complex on the fill of Ljubić...). In addition to valuable cultural and historic heritage, the city is surrounded by lucrative natural resources.

The most attractive destination in the vicinity of Čačak is the Ovčar-Kablar gorge, frequented by lovers of nature and recreational holiday activities.

The Ovčar and Kablar gorge is a protected area of outstanding features and a 1st category natural resource of outstanding importance. Its landmark are the well-known meanders of the Zapadna Morava river, the river lakes, mountains of Ovčar and Kablar, springs of thermal and mineral water in Ovčar Banja as well as a group of 9 monasteries and 12 churchses and sanctuaries, located in a relatively small area and within easy reach of the visitors. 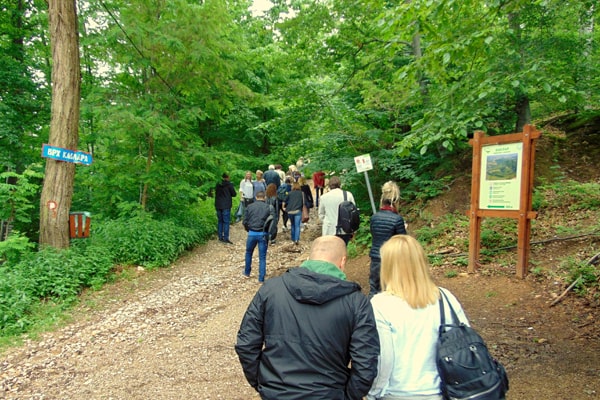 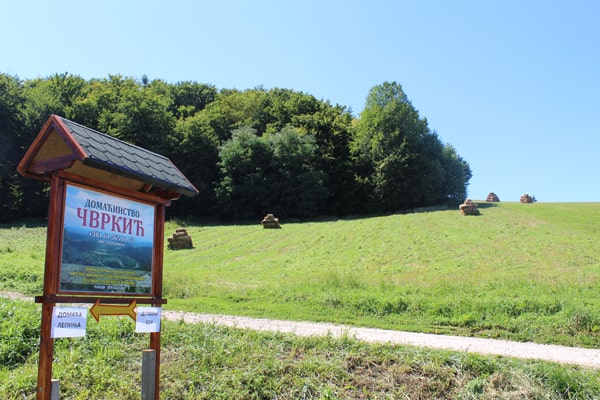 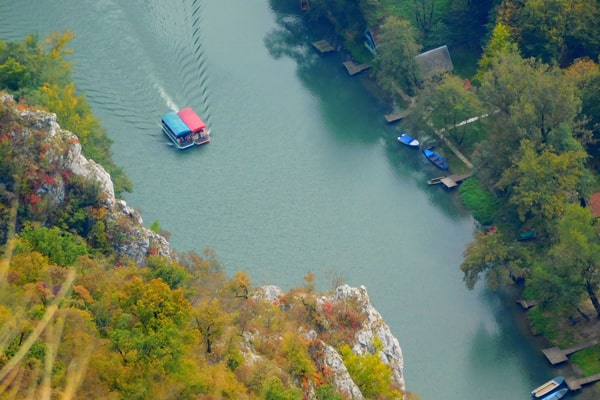 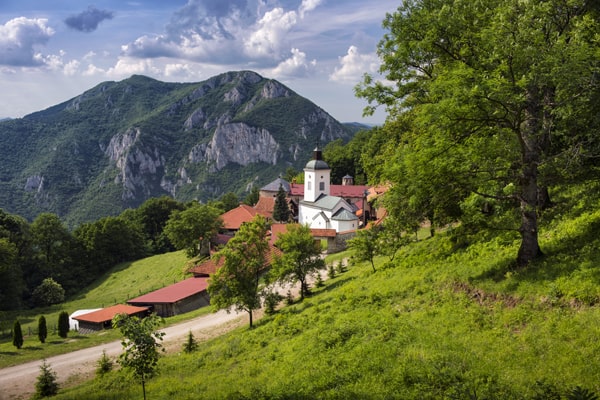 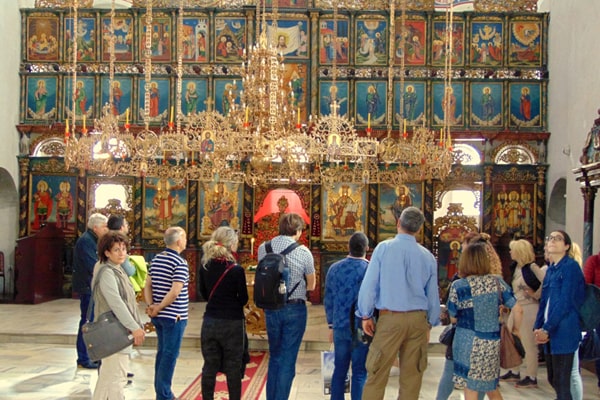 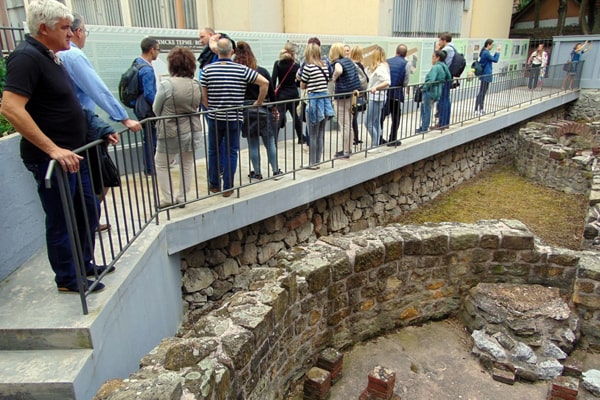 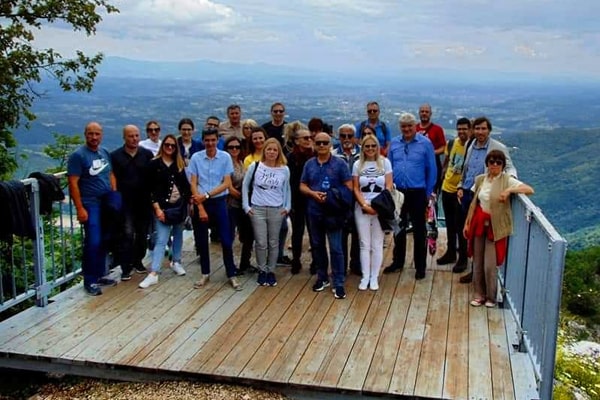 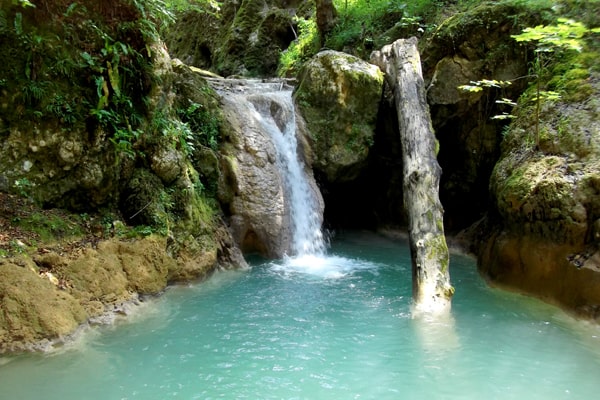 There are very good local conditions for different types of active holiday and recreation, primarily owing to highly favourable natural factors. The mountains of Ovčar and Kablar with numerous lookouts, the river and the river lakes of the Ovčar and Kablar gorge are ideal areas for cycling tourism, sport fishing, mountain climbing, paraglicing, bird watching, mountain trekking, rafting or photo safari. Another place of intetrest in the area that has attracted a number of visitors is the Spa Creek in Ovčar Banja, a bauty spot with emerald green water, extraordinary minute waterfalls and rimstone pools. The Ovčar Banja spa offers the services of the Welleness Centre for visitors looking for relaxation, as well as an open-air gym and the rent-a-bike service.

Well-known for its wealth of natural resources, the Ovčar and Kablar gorge has a rich evidence of its historic heritage. The monasteries of the Ovčarsko-Kablar gorge represent unique cultural, art and historic heritage of the wider region: the slopes of the Ovčar mountain are the home to the monasteries of Holy Trinity, the Presentation of Mother of God, the Holy Ascension and the monastery of Transfiguration of God, whereas the on opposite side of the gorge and the sides of the Kablar mountain lie the monasteries of Saint Nicholas, the Annunciation, Saint John’s and Dormition of the Mother of God. The gorge enshrines two more sanctuaries – the church of Saint Sava and the Smoke Cave.

The monasteries can be accessed by a number of marked mountain and cycling tracks, providing alternative routes for the visitors seeking spiritual peace, enjoyable vistas and nature beauty spots, wooded mountain sides and the waters of the Zapadna Morava river.

Boat trips in catamarans organised by the Tourist Organisation of Čačak, taking the visitors through the Ovčar and Kablar gorge are among the most attractive ways to enjoy the beauty of the area, and so is the view from the lookout at the top of the Kablar mountain – a truly fascinating panorama of the beautiful meanders of the Zapadna Morava, the wooded mountain sides and the distant outline of the city of Čačak.

The territory of the city of Čačak is home to another attractive spa, the Atomic Spa of Gornja Trepča, one of Serbia’s top destinations for health tourism. Not far from this spa is the ‘Griva’ equestrian club, with its school of horse-riding, as well as a renowned distillery of traditional plum brandy, "Kuća rakije Minić", welcoming the visitors to its preserved atmosphere of a traditional country household.

The city of Čačak offers good quality accommodation to tourists and visitors (in a number of hotels with high-rated service facilities). In the two nearby spas (Ovčar Banja and Gornja Trepča, both at a distance of around 18 km from the city), accommodation options include rented apartments or houses. The numerous restaurants in Čačak and its surrounding area, including the ones with prime locations in a nature surrounding, such as the Međuvršje lake restaurant in the Ovčar and Kablar gorge, have a traditional offer gastronomic specialities of this region of Serbia.