The Ovčar and Kablar gorge is located in the central part of Serbia, as part of the West Pomoravlje region. It is a dividing point between the high Šumadija region in the north and Dragačevo and Stari Vlah plateau in the south. It is one of the Serbia’s regions that have been in the focus of attention for centuries, owing to its natural values and the memorial heritage of the past. The basic natural characteristics of the gorge are the imposing mountain massifs of Ovčar and Kablar, which gave name to the gorge. The main morphological trait of the gorge are the markedly expressive curves of the Morava river course in the lower part of the valley, which our distinguished scientist Jovan Cvijić described as grafted or ‘clenched ‘meanders. Decision of the government of the Republic of Serbia (Official Gazette of RS No. 16/2000), the Ovčar and Kablar gorge have been declared a protected natural area of first category – Area of Outstanding Features. The protected zone covers an area of 2250 ha, 1700 ha of which is part of the Cacak municipality, and 550 ha belong to the Lučani municipality. The area of the gorge is subject to Level Two protection regime (542 ha) and Level Three protection regime (1707 ha). 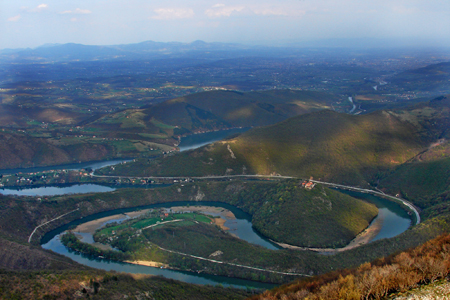 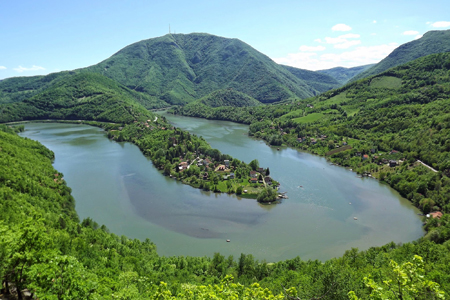 The largest proportion of the local area is occupied by woods and woodland grounds, contributing to the overall diversity of vegetation and the ‘nature museum’ effect, including multiple combinations of common habitats for biologically diverse types of trees. A major distinguishing feature of any gorge, including this one, is that they provide refuges for rare and relict vegetation.

The most important feature of this particular gorge, found both in the vegetative forests and undergrowth formations, is the presence of relict species from the Tertiary period, such as the European Hop-Hornbeam, the Austrian Oak, the Cornish Oak, South European Flowering Ash, Field Maple, Tilia, Sumac, Europan Cornel and others, so that it occupies a significant place at the national level as a refuge habitat of rare and relict plant species, contributing to the preservation of the genetic and eco-systemic diversity.

The Ovčar and Kablar gorge represents one of the rare places in Serbia where it is possible to encounter a large number of wild orchid types.

Birds are the single most important animal group in the area of Ovčar-Kablar gorge and the wealth of the avian world is conditioned by a number of ecological factors, primarily the relatively well preserved habitats of different kinds. Among these, the most important are the various forest habitats, as well as stones and ridges. Water habitats are another important type, especially during the migrations and winter periods for numerous types of birds.

Owing to the exceptional richness of its bird species, the Ovčar and Kablar gorge is recognised as the internationally Important Bird Area (IBA), providing shelter to rare and endangered bird species, including the ones that are under an adverse protection status in Europe, having the majority of the population outside Europe. The area is also part of the ecological network of the Republic of Serbia, included in the Natura 2000 programme, providing a base of the European Union initative to preserve the nature and bio-diversity. 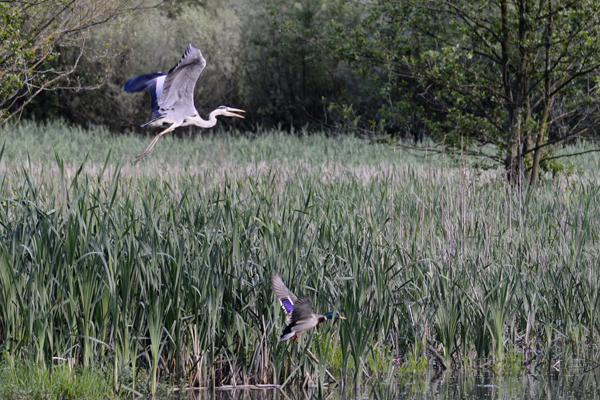 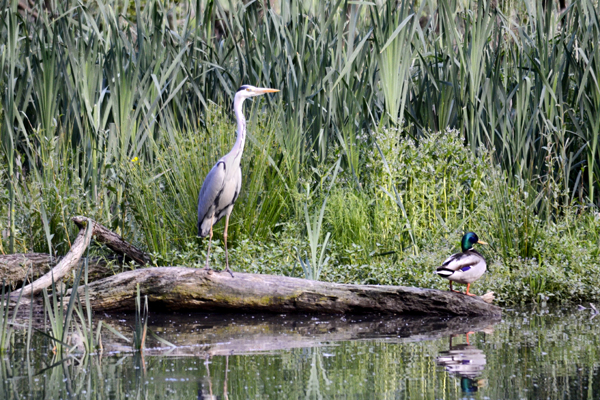 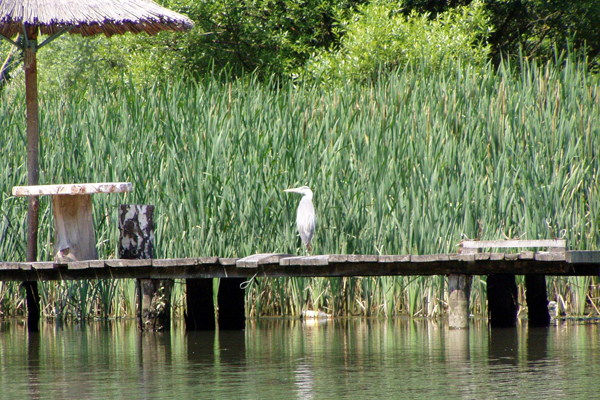 The total area of the local IBA includes 6,174 ha of the protected area within the Ovčar and Kablar gorge, where up to 180 bird species have been identified so far. The total number of known nesting bird species is 101, whereas the residential bird fauna of Ovčar and Kablar gorge amounts to 98 species. There are around 40 mammal types living in the area of Ovčar and Kablar gorge, and all of them have an important ecological, bio-genetic, fauna-preserving, scientific, hunting and other role. In the sphere of wildlife protection, the most important are the species under national and international protection, and the most important representative of this group of animals is the otter, as the Europe-wide endangered species..

There are around 40 mammal types living in the area of Ovčar and Kablar gorge, and all of them have an important ecological, bio-genetic, fauna-preserving, scientific, hunting and other role. In the sphere of wildlife protection, the most important are the species under national and international protection, and the most important representative of this group of animals is the otter, as the Europe-wide endangered species.

The wild cat is one of the rarest and most endangered type of mammals,and the only representative of the feline family inhabiting this area. This once numerous and widely spread species is nowadays on the verge of extinction in many parts of Serbia, due to uncontrolled hunting. Owing to the complete ban on hunting in the protected area, this secretive animal is still a valuable part of the Ovčar and Kablar gorge fauna.

The local reptile fauna is represented by 4 types of lizards, 5 types of snakes and 2 types of tortoises. The only poisonous snake in this area is the horned viper, having a reputation of the most poisonous snake in Europe. It frequents sunny and rocky slopes and ravines of the Kablar mountain, whereas it is less frequent on the Ovčar side of the gorge. The most significant species among the reptiles from the aspect of protection are the wood tortoise and the marsh tortoise. One of the most interesting types of lizard in this area is the short-legged lizard.

The amphibians are the least numerous vertebrae in the Ovčar and Kablar gorge fauna. So far, nine species have been identified and among these the most significant from the aspect of protection, both at the European and the national levels are the Alpine newt and the yellow-bellied toad.

The Zapadna Morava, represents the most significant hydrological component of this area. The Ovčar and Kablar gorge occupies 14 km of the river course. Two concrete dams built across the river have created two large river reservoirs, popularly known as the lake of Međuvršje and the lake of Ovčar. In the waters of the protected area, there are 34 fish species belonging to 9 fish families. Twenty- eight of these species belong to the indigenous species of this area, while the remaining six are the introduced species (silver carp, Prussian carp, grass carp, stone moroko, pumpkinseed, brown bullhead). The river lakes are a well known fishing destinations, primarily rich in carp types of fish. The most frequent types of fish include carp, Prussian carp, common bream, common nase, and others. The only place where brown trout is present in the protected area is Banjski potok, a small creek around 5 km long. The brown trout was artificially introduced in 2012, since when the creek has been under a special monitoring scheme, in order to secure the survival of this species in the area of the Ovčar and Kablar gorge.

The fauna of the Ovčar and Kablar gorge includes over 70 types of day butterflies, grouped into five families, i.e. 50 genera, which is over 35% of all types of day butterflies registered in Serbia. A large proportion of the types populating this area has a status of an endangered category in our country, whereas other types are among endangered species at the European level. 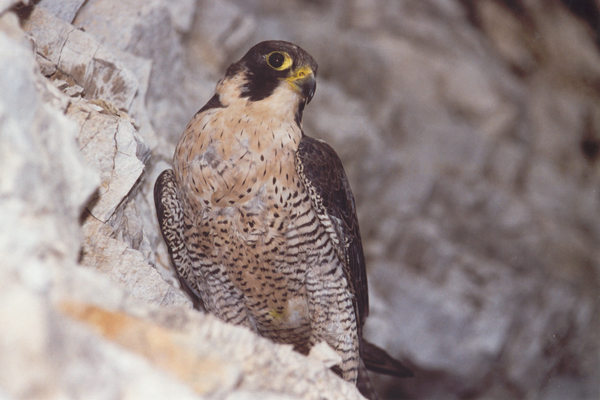 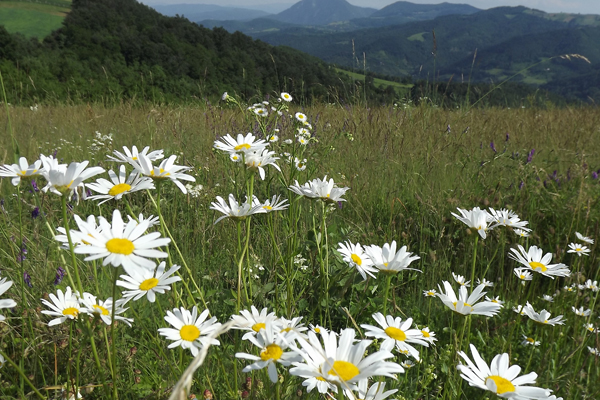 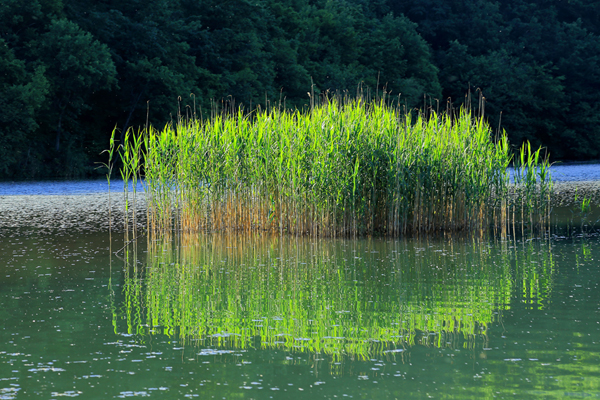